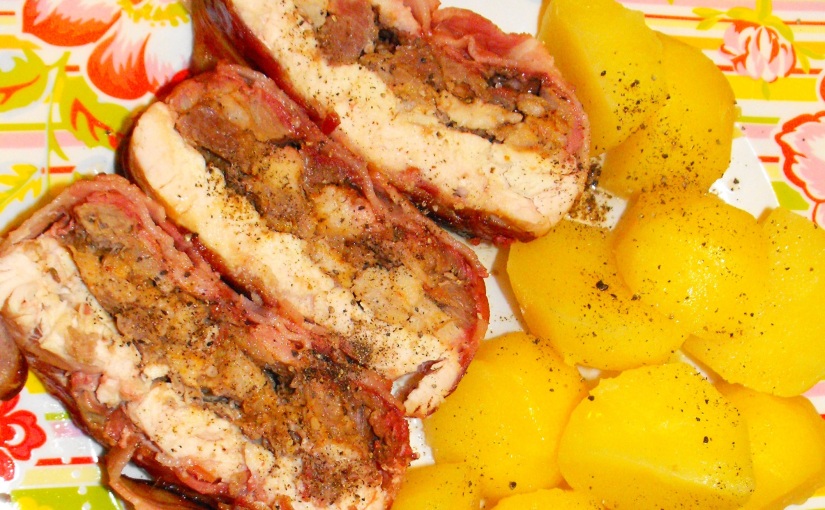 Leaving aside the author’s wink to her readers (the crime-writing character is a fictionalised version of herself) I fully identify with the unhappy fans. I love reading about food regardless of whether the context is crime, drama, or comedy. And I find it cruel and unjust that most writers don’t feel it’s necessary to add the recipes of the food they mention in their books at the end.

The only exception so far: James Patterson in The Chef. Now, in that book, 99% of the recipes are impossible for me (lack of ingredients, shock at amount of goose fat used to fry potatoes, this sort of thing) but I still like to read them. Of course, there’s Nanny Ogg’s Cookbook but that’s beside the point because it doesn’t help me make the point. The Pedant in the Kitchen doesn’t count, either, it’s a work of art and also doesn’t help me build my argument. Cherry-picking is so underrated.

Anyway, a few years ago, a group of gluttons who I’d met online played this game where we shared scenes from books involving food. I expect we weren’t the only group of gluttons playing that game, or, to put it more accurately, practised this form of self-torture.

So, if there are thousands, and why not millions, of people who like to read about food, why aren’t there writers’ cook books? Or there are and I just haven’t heard about them? And I’m not interested in Margaret Atwood’s favourite cake or how Neil Gaiman likes his steak. No, I want people who mention food in their books and are fully aware how appealing this mention is to some, to share the recipe at the end of the book.

I think it’s high time we made them do it. It is our inalienable right as readers to have access to the recipes for the meals some writers describe in such opulent detail you feel robbed — and hungry — after reading these descriptions. My most painful example here is Gerald Durrell and his Corfu trilogy. The descriptions of their feasts are nothing but outrageous. Of course, Durrell has the excuse of being dead for not publishing a recipe book and this is extremely sad but those still living have no excuse for their behaviour.

So here’s the plan: have publishers open positions for food detectors. They will read manuscripts and if they find a mention of food, they will instruct the author to add the recipe to that food. It’s not important? You don’t get to say what’s important. You made it up? Well, make up a recipe. It’s that simple, really. And we’re creating jobs, which is important.

Or, even better (though not from a job creation perspective), let’s have publishers add a clause to contracts that require authors to add the recipes of dishes they mention in the course of their story at the end of the book. That’ll teach them to not mention food unless they know the recipe or can come up with one. If you think that’s harsh — and/or you’re a writer — you must’ve never read a good food scene. This, of course, is a mistake, but it is easily rectifiable, so rectify away.

Now, some might say the world has an excess supply of recipe books and I would agree. That’s why I’m proposing the addition of recipes to the end of other books but those some have not read carefully, have they? It would be a like an instruction manual for something you really want to make after you read about it. Okay, I just realised I slipped here because it would be anything but a good idea to add instruction manuals at the end of certain books. Food, however, is safe. Relatively. So, dear authors, please, please, if you write about food, give us the recipes. Thank you.

P.S. Do I write about food? I don’t. I’ve no idea why but I’ll investigate.

7 thoughts on “Writers, Give Me Your Recipes”