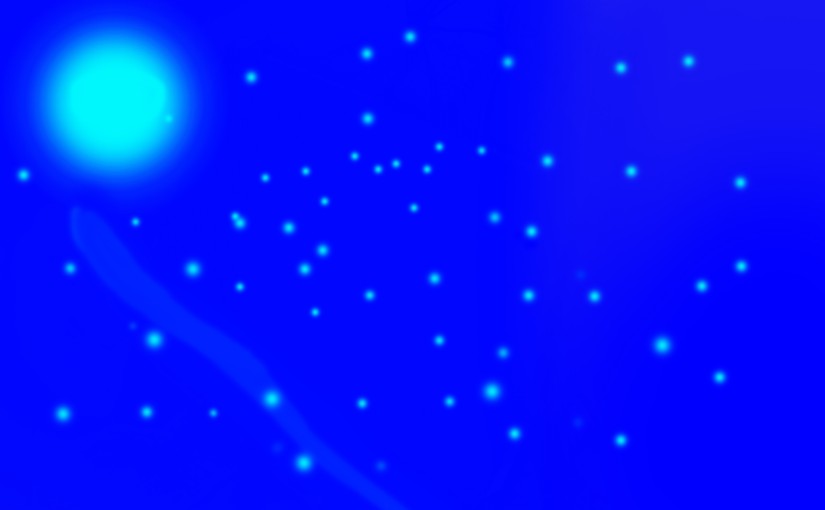 I have a confession to make. I did something borderline violent a couple of months ago. And I was ready to cross that border into violence, gladly, if given the chance. Luckily for all parties involved it didn’t come to that.

It was music. I’d just gone to bed, the weather was still pretty warm, so the window was open and I could hear loud music coming from the next door neighbours because their window was also open. But what got me going wasn’t the window. It was the fact that even with all windows closed I’d still hear their music. Which, I might add, wasn’t the kind of music I’d enjoy listening to from the next-door flat because of course it wouldn’t be.

I gave them ten minutes to hear me politely asking them to turn it down in my mind and when they didn’t I was out of bed, into Big C.’s bathrobe (first thing I grabbed) and out of the door to bang on theirs and demand they turn the music down. When the banging had no effect — I didn’t exaggerate when I said the music was loud — I started kicking at the door. I’d never kicked at a door in my life before. Now I kicked as hard as I could and I was ready to punch whoever opened it eventually.

Luckily for all nobody opened. But they did turn the bloody music down and I went home satisfied. They have behaved since then except for sometimes falling asleep with the TV on and since our bedroom shares a wall with their living room/bedroom I can hear it if I wake up at 3 am, which sometimes happens. Life’s been reasonably good since that door-kicking incident. But it will never be perfect because I live in a torture chamber.

I’m not going to beat around the bush in hopes to make it funnier. It’s my head that’s the torture chamber and my ears are the inquisitors. And it’s not funny at all. In fact, I read somewhere it’s a condition because every aversion can become a condition if it’s bad enough. This is also not funny, I don’t know why I mentioned it.

Anyway it’s called misophonia and I have it. I think I developed it after Little C. was born. People develop a lot of things when their children are born, most of them not particularly good. Chronic sleeplessness, for example. Chronic anxiety. Yeah, the things we develop when we become parents are often chronic, which says a lot about the whole reproduction thing. Me, I developed a chronic aversion to sounds.

Obviously, some sounds are excluded, such as music I like, which I listen to loudly. I have done so since my first Walkman, which, for those born in the post-analogue era, was a device that played cassette tapes. Cassette tapes are what we had before discs and then memory chips.

Laughter is also generally not a problem unless it’s one of those laughters that scrape on your brain. You know the ones I’m talking about, right? The noises some people produce that make you wonder how they do it and whether they might have a donkey or a chicken somewhere in their ancestry.

And then there are the sounds that don’t just scrape but grab my poor brain and start twisting it. Anyone would turn to violence if their brain is being twisted, right?

Drilling is a good example here. Almost any drilling. Summer tyres skidding on winter asphalt are also great candidates for brain twisting. But the best — meaning most torturous — sound in nature or civilisation has to be a baby’s cry. An animal in distress is certainly a horrible sound to hear but babies are worse. Way worse.

A baby’s cry could vary from muted and nagging to piercing and physically painful. Whatever the variation, it is extremely annoying. But what makes a baby’s cry the greatest brain-twister is the fact that it is horrifying more than it is annoying, creating a severe internal conflict in the hearer.

Imagine this: you’re working quietly or taking a nap or sitting on the toilet and it comes — a murmur or a squeal that is the harbinger of a wave of sounds (okay, this wasn’t intentional) that is rising higher as you pull your pants on and rush out where it will engulf you.

This wave of sound is extremely annoying. It scrapes on the mind and on the gut. It makes you want to kill (the source or the nearest living organism) with your bare hands. But at the same time it makes you sad, upset and distressed because the wave of sound means a baby — likely your baby — is experiencing some kind of discomfort. The severe kind, judging by the noise.

Babies open up a whole new world of experiences. Acute ones. Persistent ones. You know those jokes about wives killing husbands for breathing too loudly? They have a solid grounding in reality. These are wives pushed over the edge by a noise, most likely a sniffle or possibly a sneeze. There is such a thing as one sneeze too many.

Speaking of sneezes, it’s a small miracle I’m still alive given the number of sudden loud noises I’ve been subjected to over the last decade. You’re probably thinking glasses being broken on teracotta tiles and you’re right but even the scrape of a chair’s leg on said tiles can get my heart racing these days. Or an incoming text. I hate phone sounds the most. Phones bring bad news. At least this part of my suffering has a rational basis. And dogs barking… No, dogs barking are an entirely different horror movie.

I’ve mostly got used to the torture chamber. It’s not like I have a lot of other options, really. It’s get used to it or deafen yourself, which is a bit too horror-movie for me. Also there are the sounds I like, such as silence or quietness, maybe an occasional hush, and sometimes even tranquility when the house is empty and the constant repairs somewhere in the building have been paused for a few hours.

And then I went and got a cat and cats like chasing ping pong balls at 5 am and pushing things off high surfaces to low surfaces. With a bang.