To say this has been an eventful week is to say that Terry Pratchett is an alright writer. I’m writing this on Sunday morning and I still expect something else to happen and further fray my nerves.

Last Sunday, Big C. woke up with an upset stomach and a fever. He looked like a washcloth left wet in a ditch for a week and he said he felt the same way. Normally, this would have sparked empathy, tea-making, and a complete rest but this time it didn’t. This time, the symptoms sparked dread.

We rushed back to Sofia (we were having a long weekend in the country) by which time the fever had gone down and C. was feeling pretty much okay save for the exhaustion of a bad night’s sleep. In the evening, his temperature went up again and I was on the verge of a full-blown breakdown after I’d read about bed shortages in hospitals and one man dying from Covid at home because an ambulance took more than two hours to get to him (ambulance shortages, too, because people call ambulances for no good reason).

By Monday morning he was generally fine physically but, based on how I felt, must have been a wreck mentally. We’d discussed me driving him to the hospital in case he got suddenly worse and I was bursting with certainty I could though I haven’t touched a wheel and a pedal in 20+ years. We’d reminded each other it might be something else, for flip’s sake, there were still other viruses around. Finally, C., who was a bit of a germophobe to begin with and has been superstrict about hygiene since the start of this whole pandemic, concluded that if it was Covid, he would be PISSED.

He went to see his GP for next steps. She didn’t let him into the exam room when he mentioned fever and sent him straight to the nearest lab for an antigen test. If the test was negative he would be allowed back into the exam room. If it was positive, he’d have to call her for next steps. Needless to say, the next seven hours until the test results came back felt more like seven months.

It’s funny how different a hypothetical scare is from a real one. When it’s hypothetical, the feeling is kind of vague, sinister but vague, because you have no facts to prop it up on. When there is a real chance that a loved one might have the new plague, my, does that feeling sharpen to a razor blade. Anyway, the test came back negative, C.’s seasonal cold proceeded to develop in the way it was supposed to and I bought us a herbal sedative because this is no way to live.

A New Kind of Pleasure

It took me two days to recover from the great scare and reading, as usual, helped. In fact, it helped even more than it usually does because I was reading slowly. And I was reading a book that deserved to be read slowly. I think I mentioned earlier I planned on re-reading The Name of the Rose since it’s been decades since I first read it and I had no recollection about it other than it was too long, too hard, and too dry.

Well, there’s a lot of truth in the saying that there’s a right time for some books and that wasn’t it for me and The Rose 20+ yesara ago. Now, the time is right. I’m in no rush as I used to be constantly in high school and my 20s. I didn’t read books then, I devoured them. Now, I can read in what a lot of people consider a proper way although these people are suspicious because they never re-read a book once read. They see no point to it. Like I said, suspicious.

There are, of course, some books that don’t need to be read slowly. They were written to be devoured. I’m thinking James Patterson here and any book qualified as a page turner, including, based on reader reactions, my own books. Also including, as it happens, a couple of Eco’s later novels. The Name of the Rose, however, like perhaps Dune and The Lord of the Rings (I’m told) need their time and it’s only polite to give it to them.

Slow Week at the Office

There’s probably a special hell for every profession in the minds of those practising it. For journalists, it’s a slow day — a day when it feels like nothing is happening anywhere so you have no news to cover but since you do need to cover some news you’re reduced to barely relevant occurrences.

Slows days — and weeks — in my line of work tend to happen around big OPEC events and wars. Suddenly, it looks like the rest of the world has stopped functioning and the only thing happening is the OPEC meeting or the war. A bit — or a lot — like Brexit. I remember empathising to a painful extent with journalists on the Brexit beat. They must have been at least a little bit grateful for the pandemic. It gave people something else to talk about all the time.

Anyway, as you have probably guessed, this week it wasn’t an OPEC event that brought my world grinding to a halt. It was the U.S. elections and if you think I’m going to discuss the elections you’re very wrong. All I can say on the topic is that the Wall Street Journal had the best and fastest updates on vote counting and let’s take a moment to laugh at that phrase, which generated so many hilarious memes.

What it didn’t generate was energy news so it was a really boring week workwise in yet another piece of evidence the universe is fair. I needed some mental time off to recuperate from the scare (apparently, the older you get, the more slowly you recover from shocks) and the boring week was, unlike ever before, just fine by me. Looking forward to a week full of news because new president.

P.S. I was last Thursday sent an email about a study that alleged to prove that wearing lounge clothes and pyjamas while working from home was bad for you. I beg to differ. I do agree that blurring the line between work life and personal life can be mentally taxing but there is a way around it. Just buy some work pyjamas and change into them after you get out of bed. That’s what I do.

Profound Meme for Next Week 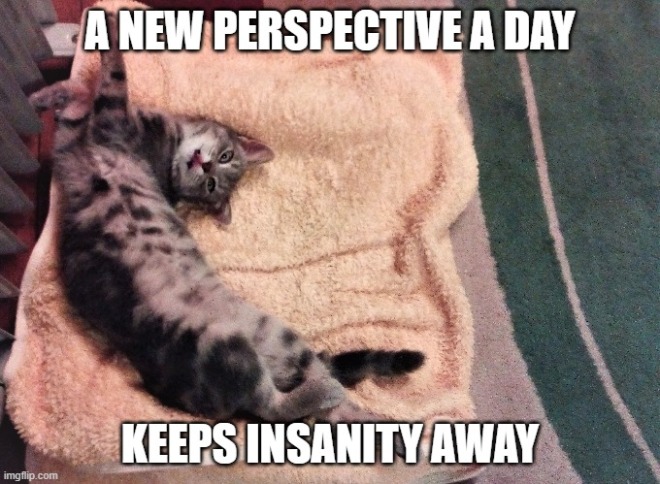 2 thoughts on “A Profound Look Back at the Week: November 2-8”